Fifth Seal - Souls under the Altar

Revelation 6:9 - When He opened the fifth seal, I saw under the altar the souls of those who had been slain for the word of God and for the testimony which they held.

Revelation 6:10 - And they cried with a loud voice, saying, "How long, O Lord, holy and true, until You judge and avenge our blood on those who dwell on the earth?"

Revelation 6:11 - Then a white robe was given to each of them; and it was said to them that they should rest a little while longer, until both the number of their fellow servants and their brethren, who would be killed as they were, was completed.

This Seal represents the thousands of martyrs who were killed by the Roman Empire, especially the Smyrna church martyrs whom Emperor Diocletian persecuted for 10 years, from 303-312 A.D. Their blood is crying out for the Lord to avenge their deaths.

Souls under the altar = Martyrs of Roman Persecutions

Exodus 29:12 - You shall take some of the blood of the bull and put it on the horns of the altar with your finger, and pour all the blood beside the base of the altar.

2 Timothy 4:17 - But the Lord stood with me and strengthened me, so that the message might be preached fully through me, and that all the Gentiles might hear. And I was delivered out of the mouth of the lion. 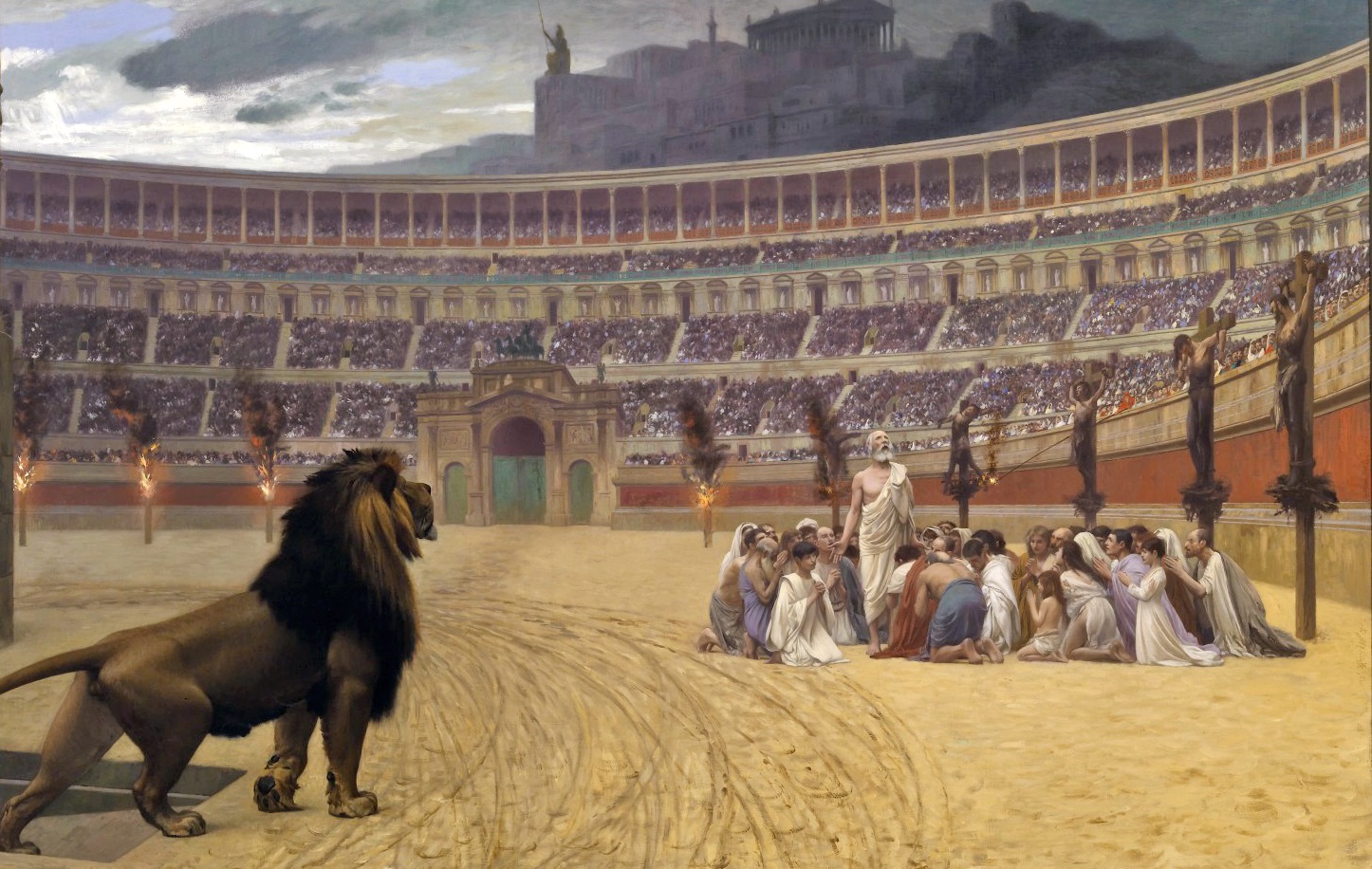 Persecution in the name of Jesus

John 16:2 - They will put you out of the synagogues; yes, the time is coming that whoever kills you will think that he offers God service.

Acts 26:9 - Indeed, I myself (Paul) thought I must do many things contrary to the name of Jesus of Nazareth.

Revelation 1:9 - I, John, both your brother and companion in the tribulation and kingdom and patience of Jesus Christ, was on the island that is called Patmos for the word of God and for the testimony of Jesus Christ.

Dragon makes war with the Children of Jesus

Revelation 12:17 - And the dragon was enraged with the woman, and he went to make war with the rest of her offspring, who keep the commandments of God and have the testimony of Jesus Christ.

Revelation 11:7 - When they finish their testimony, the beast that ascends out of the bottomless pit will make war against them, overcome them, and kill them.

Revelation 12:11 - And they overcame him by the blood of the Lamb and by the word of their testimony, and they did not love their lives to the death.

How long, O Lord? He will avenge them speedily.

Revelation 6:10 - And they cried with a loud voice, saying, How long, O Lord, holy and true, until You judge and avenge our blood on those who dwell on the earth?

Luke 18:7-8 - And shall God not avenge His own elect who cry out day and night to Him, though He bears long with them? I tell you that He will avenge them speedily.

Revelation 19:2 - For true and righteous are His judgments, because He has judged the great harlot who corrupted the earth with her fornication; and He has avenged on her the blood of His servants shed by her.

Revelation 19:8 - And to her was granted that she should be arrayed in fine linen, clean and white: for the fine linen is the righteousness of saints.

Galatians 3:27 - For as many of you as have been baptized into Christ have put on Christ.

Isaiah 61:10 - I will greatly rejoice in the Lord, My soul shall be joyful in my God; For He has clothed me with the garments of salvation, He has covered me with the robe of righteousness, As a bridegroom decks himself with ornaments, And as a bride adorns herself with her jewels.

The fifth seal occurred during the rule of martyred Christians who were persecuted by Emperor Diocletian (284-313). This was the tenth period of the persecution of Christianity and the most severe.

Revelation 2:10 - Do not fear any of those things which you are about to suffer. Indeed, the devil is about to throw some of you into prison, that you may be tested, and you will have tribulation ten days. Be faithful until death, and I will give you the crown of life.

The 10 days persecution prophesied by Jesus to the church of Smyrna came true in this most severe persecution started by emperor Diocletian from 303 A.D to 313 A.D.

The Diocletianic Persecution was the last and most severe Persecution of Christians in the Roman Empire. In 303 A.D, the Emperors Diocletian, Maximian, Galerius, and Constantius issued a series of edicts rescinding the legal rights of Christians and demanding that they comply with Pagan Roman religious practices. Constantine and Licinius's Edict of Milan (AD 313) has traditionally marked the end of the persecution.